Jumping Jehoshaphat’s! Muenchabench finished and I do declare that like Iker Castillas (go ahead look him up, I’ll wait), this ones a keeper.  But what took me so bloody long to watch this, especially after loving Nine which was by the same creative team?  Well, mostly I heard ruminations of a lame-ass ending, and since I have seen many a time travel scenario before, didn’t know what else their was too offer.  Boy o boy I’m so glad I gave this a shot because it was so complex, thought provoking, and romantic. So much so I almost thought about making this a serious review (gasp), but cooler heads prevailed meaning were off to see the Wizard of Oz instead.

Me thinks she (Hee-Jin) is rocking some serious Dorothy envy, with many outfits befitting of the blue and white frock that’s become so famous (or infamous) from the 1939 classic. Now why would a tax paying, Honda driving individual don a look that’s most popular with 8 year old girls or costumes for college aged skanks women?

I may be 6, but I am still judging my future self… 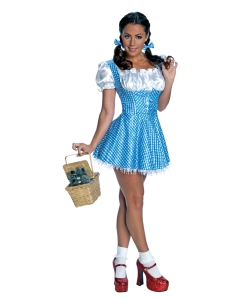 The similarities between Oz and QIHM go beyond dated sun dresses, as you have your multiple realms, enchanted items, emphasis of home, and red tinted hair! A scene in the last episode even featured a split screen featuring black and white vs color. Now if only Hee-Jin (Yoo In-Na)  had some sort of curly haired companion, prone to yapping, to be the QIHM equivalent of Toto the dog…

But let’s not think QIHM was only interested in referencing 70 year old MGM films, they also made sure to include a visual cue to a 50 year old British program. (QIHM – always striving to remain relevant) 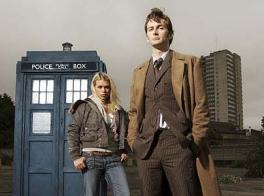 Yes, that is the blue police box/Tardis/ time travel machine from Doctor Who, and who do you think from QIHM staff watches some BBC, and made sure to include a phone booth of their own for several iconic OTP scenes.  Also, you could almost consider the QIHM phone booth as a time travel portal as well, since it signified love and communication, the pieces necessary for Boong-Do’s wibbly-wobbly time jumps.  Which means color is the sole obvious difference between the two literal or figurative time portals, with the Korean edition sporting a bright ruby red color that may remind some of the classic love/death dichotomy but reminds me of something else…

Boom. As they say there is no place like home, and certainly no show like Queen In-Hyun’s Man.

Not to randomly switch gears, but in honor of our cause and effect couple, here are some effect and causes.

Cause: A soaring score that that incorporated modern and traditional sounds.

Effect: my heart was sore from all the emotional yearning set to instrumentals.

Cause: Boong-Do redefined dramalands definition of a “perfect man”  by being supremely intelligent (and having it shown not told), cheeky, and caring for his lover without giving-off that adorable stalker oxymoron.

Effect: Ji Hyun-Woo!!!! I love thee, and will now even watch Trot lovers for you.

Cause: Completing what was thought not possible; car product placement that was well integrated.

Effect: Because now this means showing cars in shows doesn’t have to be a cringe worthy eye roll fest with characters as stand-ins for spokespeople. QIHM car usage remained thoroughly integrated and character based,  meaning that all you other shows are on serious notice if this ever happens again.

Cause:The second lead characters were neither boring, EEEEVVILL, or archetypes. 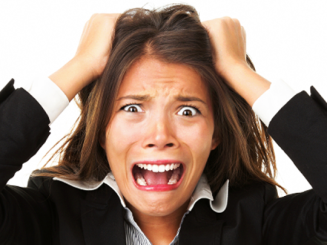 Puts the hands down. Not on this day I say, just wait for Heirs.

Seeing how noticing/judging the male leads attire has now become a thing of mine  (If the actors must refrain from just donning the Adam au natural look, then I will at least take notice when the clothing highlights their attributes)

For someone who has only dothed Hanboks, guy has pinnacle taste in clothes.  Basically its what I would want my hipster friends to wear, instead what actually occurs which they dub as the “ironic summer collection”.

I also adored how matter of factly he would just steal clothes that just so happened to come from guys that must all shop at American Apparel.  My greatest wish would be a deleted scene showing all of the clothing starved men forming some sort of skinny jeans hijacked anonymous group.  Meetings would takes place on the second floor of Urban Outfitters with discussion topics revolving around, “the day my clothes vanished”, proposed male nudist movements (so they can become nudist before is was cool), with group bonding activities such as fixed gear bromantic bike rides together.  Do I smell a spin-off?

Oh yeah, back to Boong-Do. Let me say this: whether it be an impromptu date night or he’s bleeding out in a taxi, he always knows how to keep it fly.

Not So Quick Hits:

Rating: How much I enjoyed/Overall quality